Insofarasmuch as popular music singer Katy Perry were concerning, I only first met of her to ask she if was a relation to another popular singer of music under the name of Tom Petty.  Perhaps he were her uncle?  There are much similarities between their final names.  Alas, but she says they were not.  I find it peculiar because they are both singers and this many times will run through a family.  And there is similarities among their final names, of course.

Amongst all the women I will have made love to only a single circumstance, Katy Perry is one of those.  Did she use me of course she did!  I am only the meat to her Katy Perry sandwich.  I have feelings too Katy Perry!  At the first of the very beginning upon initially meeting with pop star Katy Perry, I was tremendously impressive with her bosom, which resembles mounds of rubble in the aftermath of an attack on the Japanese port city of Hiroshima somewhere in the Atlantic Ocean.  They were delectable, other than words.

I am trying to remember if Katy Perry were on American Idol?  I am quite certain she is not on Bosom Buddies, is she?  What was Bosom Buddies?  Katy Perry invited I, Wilmer Valderrama, to her posh hotel room where she keeps her implements of pain and pleasure.  She did not use the pleasure ones on me.  It is unlike a man such as me to sob without controllably, but Katy Perry have been able to accomplish such as this.

For her sexual congress on me, Katy Perry makes us listen at a song titles entitled “Eye of the Tiger” which makes Rocky train harder for an upcoming bout and empowers young ladies across the land.  I, Wilmer Valderrama, will from now looking forward can only associate this song with humiliation and degradation.  I scrub and scrub but can’t become clean again. 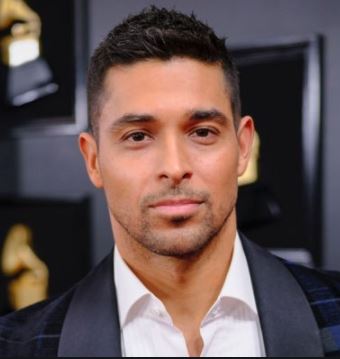 Wilmer Valderrama is an A-list actor and star of That 70s Show and one would assume that he has tried his hand as a music producer.