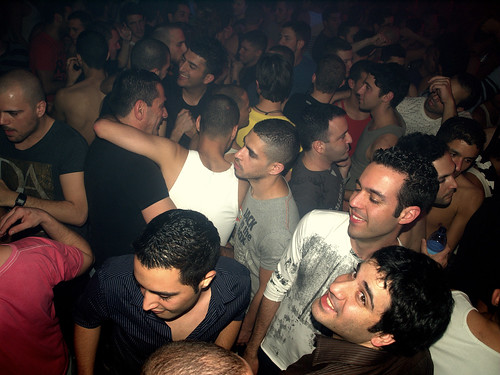 GUANTANAMO BAY, Cuba—Critics of President Barack Obama’s inaction on his long-promised plan to close the federal detention center here were overjoyed at the news last week that the prison, commonly referred to as Gitmo, will cease operations by the end of the year.  But new concerns arose when it was announced that the first stage of the shutdown will include the closing of the prison’s waterpark and four nightclubs, including the popular Kareem’s.

“It’s inhumane,” said Ken Shannon, spokesman for Amnesty International, “These detainees have long suffered the abuses of a golf course that has only nine holes.  And barely enough carts for a third of the population to ride at any one time.  And now they won’t even have a wave pool, or dollar longnecks on Wednesday nights.”

Shannon also blasted reports that the newest episodes of The Walking Dead are being streamed almost a full day after they premiere, forcing the prisoners to avoid Facebook and Twitter for 24 hours each week, or risk stumbling across harmful spoilers.  Rumors that the next phase will include the shuttering of the day spa, tennis courts and the facility’s only Hooters have begun to spread amongst the population as well, which Shannon warns could lead to growing tensions and eventual unrest.

“It’s heartbreaking, what we’re forcing these men to undergo,” he said, “To deny them such basic human rights—large-breasted women to ogle, deep-tissue massages, a back nine—it’s almost like we’ve become the monsters.”