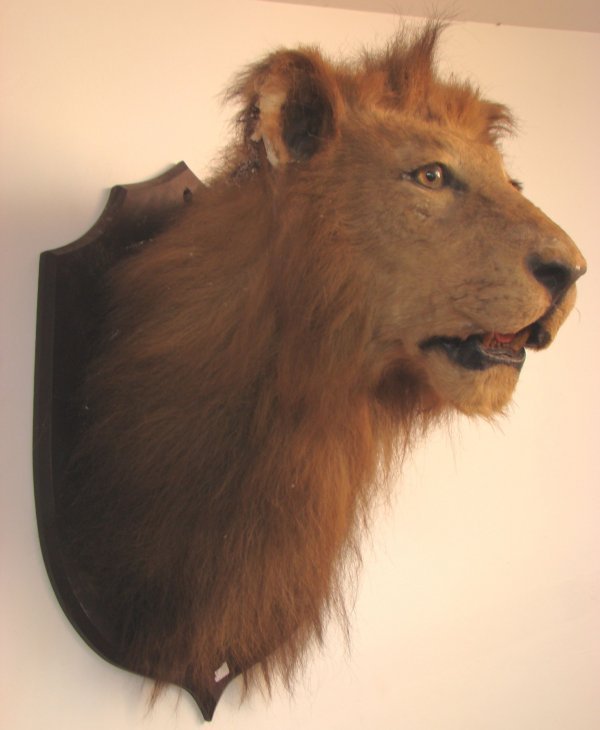 BLOOMINGTON, Minnesota–Noted animal rights activist Jasmin Willowtree said today that while she stands by her view that big-game trophy hunting is a cruel and selfish practice, she was left speechless by the stunning beauty of the stuffed and mounted head of Cecil the Lion.

“People who feel the desire to take the lives of these amazing animals are repugnant,” Willowtree said, “They are the lowest form of humanity, if they are indeed human.  But you can’t deny how amazing Cecil looks hanging on that wall.  He looks so badass it almost makes shooting him worth it.”

Willowtree, who has been labelled an eco-terrorist by the FBI, recently returned from an operation in which she broke into the home of Walter Palmer, who killed Cecil the Lion and had his head mounted, where she intended to throw paint on the prized trophy and ruin it.

“Ultimately, I decided not to go through with it, as I didn’t want rob Cecil the Lion of whatever dignity remains,” she said, “Plus, he really just ties that whole room together.  He’s the centerpiece, this ferocious beast, and you almost expect him to let out a roar.  It amazes me what those taxidermists can do.”

Willowtree said she was appalled to discover dozens of other stuffed and mounted exotic animals, and almost collapsed in horror as she found herself surrounded by the menagerie of corpses.

“When I saw all those poor animals, I started to sob uncontrollably,” she said, “But I did take a cute little cheetah cub with me when I left.  It’s so precious, I think I’ll keep it on my nightstand.  It’s nice to know some good has come out of these incredible creatures’ deaths.”