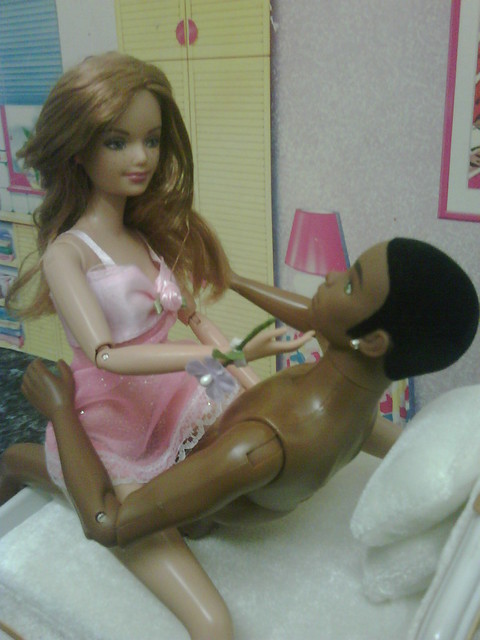 EL SEGUNDO, California–Christopher Sinclair, chairman of Mattel, Inc., announced today that the toy manufacturing company has enjoyed a nearly 20% sales increase this quarter over the same period a year ago.  Sinclair said the sudden turnaround can be attributed to a number of reasons, such as a stabilizing economy and lower jobless rates.  But the single most important factor in the increased sales figures is the popularity of the new 50 Shades of Grey line of Barbie dolls.

“I’ve seen girls as young as five years-old enjoying these dolls,” he added, “They really stoke their creativity.  Children have such wonderfully vivid imaginations.”

There has been a fair amount of controversy directed at Mattel since they launched the line, as the Christian Grey doll appears to have African-American traits, while in the book he was portrayed as wealthy and well-spoken.  But Sinclair said it would be impossible to make everyone happy.

“Our goal with the 50 Shades line is to appeal to as wide a consumer base as possible,” Sinclair said, “Girls of all ages and ethnic backgrounds enjoy these books, and we want them all to enjoy recreating their favorite scenes with these Barbies.”

2 responses to “50 Shades of Grey Barbies Flying off Shelves”