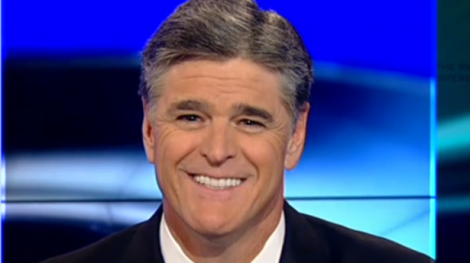 NEW YORK CITY–Sean Hannity, host of the Fox News program Hannity, shocked his legions of fans today when he revealed that he has been diagnosed with an extremely rare and aggressive form of stupidity.  Hannity said the stupidity was at such an advanced stage when it was discovered that there is very little that can be done.

“Perhaps the most troubling aspect of my diagnosis is the fact that this strain of stupidity is highly contagious,” Hannity said, “And there is a very real possibility that I could infect anyone I come into contact with.”

Those close to Hannity first noticed symptoms of his condition in the early nineties, when he first entered the realm of political commentary, but no one voiced their concerns for his alarming stupidity levels, hoping they would fade away with age.

“But by allowing him to continue, we actually made his condition worse,” said Jill, Hannity’s wife, “His stupidity grew and became malignant.  At this point, Sean can’t even speak or smile without betraying the depths of his stupidity.”

The good news for Hannity fans is that the diagnosis isn’t expected to keep the host from continuing his hugely popular news program, where he regularly takes on important political issues facing the country.

“Luckily, what I do, the world’s stupidest man could do–which he might,” Hannity said, “No matter how stupid I get, I’m gonna come to work each and every day and shoot people straight.  The people who watch my show, they are gonna understand what I’m talking about.”

2 responses to “Sean Hannity Diagnosed with Rare Form of Stupidity”