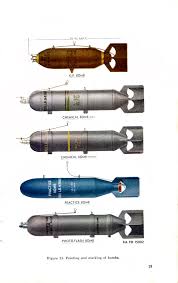 The spring catalog at Larkin’s Guns, Explosives and Pawn

PORT ST. LUCIE, FL—As the investigation into the bombing at the finish line of the Boston Marathon continues, a record number of Americans are rushing to bomb dealers to stock up on explosive devices amid fears that the Obama administration will use the attack as an excuse to introduce new bomb control legislation. Peter Larkin, owner of Larkin’s Guns, Explosives and Pawn, says that by noon today he was completely sold out of high explosives, but promised disappointed customers that a new shipment would be arriving tomorrow.

“An average month we’ll sell seven or eight bombs,” says Larkin, “But we did four times that today alone, with more orders on the way. Christmas came early for me this year.”

Larkin says the majority of his customers expressed concern that President Obama would soon make it nearly impossible to purchase bombs, in spite of their constitutional right to bear arms. One angry customer, Jack Hardy, said the president should be ashamed for using the tragedy at the Boston Marathon for political leverage.

“The proof is in the pudding,” says Hardy, “Obama is a socialist, communist illegal immigrant, just like Hitler, who wants to take away our 2nd, 12th, and 16th amendment rights to bear arms and heavy explosives. Look it up on Facebook if you don’t believe me.”

Larkin says that the price of some bombs, such as the pressure cooker ball-bearing model used in the Boston Marathon attacks, has already doubled due to the increased demand.

“That one, the PC B-B, is being singled out,” says Larkin, “And I heard that the feds didn’t even find one at the scene. The media made it all up because Obama has been itching to outlaw those kinds of weapons since he got elected.”

Larkin says that most of his customers have also been stocking up on weapons grade chemical and biological agents, like anthrax and ricin, in case the Obama administration targets these types of weapons as well.

“It’s like Benjamin Jefferson said,” says Hardy, “You shouldn’t fear your government, but your government should fear you. And everyone else should, too.”