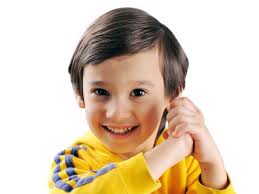 The lord our god

ARKANSAS CITY, KS—Scientists at Cowley County Community College published the results of a study this week, which they say proves that the world we are living resides entirely within the unspoken subconscious of six year-old Tanner Franks, who suffers from an extreme form of autism.  Dr. Kenneth Walters, who led the team of five researchers, says the groundbreaking study answers many questions the general population has posed regarding what the fuck is seriously wrong with the world we live in.

“For years the scientific community has wondered exactly what the fuck is wrong with the people on this planet,” Walters says, “Slowly, we were able to develop a complex algorithm that proves that we humans, as a species, cannot be held accountable for the horrible predicament in which we now find ourselves.  Our current circumstance can be attributed to the whims of a child.”

Walters and his team were able to trace the conception of our fucked up world to Franks, who suffers from an advanced form of autism that renders him unable to speak while subconsciously processing the interactions of people around him.  By applying advanced mathematics that systematically replace complex levels of consciousness and understanding to simpler and simpler forms, they eventually discovered the child, who sees the world from a childlike point of view, but processes it through his own narrow understanding of the normal interactions between people, based on his own worldview.

“Tanner has a very active imagination, and he is incredibly smart, but he has no way to express his feelings to the outside world,” says Walters, “So he created this incredibly complex world and all of us who live within it.  Basically, Tanner Franks is God to us.”

Walters describes Tanner as an uncaring god who decides whether the people he’s created are happy or sad, or even live or die, based on whatever mood he’s in.

“For example, Tanner is a fan of war movies,” Walters explains, “So he created a dashing hero who fought in the war, and eventually became president of the United States.  But, like many kids his age, Tanner believes girls have the cooties, so when his president, who you and I know as JFK, started screwing around with Marilyn Monroe, Tanner killed him off.  And being a movie buff, and a big fan of monkeys, Tanner created Ronald Reagan.”

Walters says Tanner’s inability to understand how the colors of crayons can work together to make other colors, or “The Yellow and Blue makes green solution,” has led to many of the the problems we’re now facing in our fake world.  He says there is no way to predict what direction Tanner will take our world as he grows older, but says he is hopeful that his parents, Ron and Judy Franks, will get their son into a school that will help him nurture his imagination so that he becomes a wise and loving god.

“Tanner only knows what he sees around him, and his parent’s are fairly narrow-minded, as I think we all can see,” Walters says, “But I think he can break free from that, and maybe create a more harmonious world.  Early on in his childhood, Tanner wasn’t very fond of Jews, mainly because of his father’s influence, but he’s starting to come around on that.  Here’s hoping he’ll continue to evolve.”